Why Lab Grown Diamonds Are A Massive Scam

Over the past few years, lab-grown diamonds have received a lot of hype and notoriety. If you google them, it appears that these artificial gems are fine.

But the Federal Trade Commission had to intervene. And the idea was to protect you from misleading diamond advertising. The story appeared in Forbes and USA Today, offering a painful truth about synthetic diamonds.

The concern is that it’s impossible for the untrained eye to discern lab-grown diamonds from the real deal. And there are more than a few people who were late to figure out they’d made a costly mistake. But you’re not going to be one of them.

In the late 18th century, scientists discovered that diamonds are pure carbon. This prompted them to start developing methods to grow diamonds under artificial conditions.

This idea was so compelling that it inspired H.G. Wells to write a short story entitled “The Diamond Maker”. A few years before Wells’ story, James Ballantyne Hannay and Frederic Henri Moissan were actively trying to do it.

By today’s standards, Hannay’s and Moissan’s method was crude, to say the least. Within a crucible furnace, they heated charcoal to more than 3,500°F together with iron. Then, they cooled the iron to create the pressure needed for diamond creation.

This first experiment flopped. But it motivated others to try their luck with the process. But it wasn’t until 1926 before there was any real breakthrough. Be that as it may, the process as we know it today was developed in late-1954.

This was when General Electric (GE) issued an announcement that they had the technology. But even this account isn’t without its fair share of ill repute. ASEA, the Swedish utility company, claimed to have developed the process in 1953.

Yet, ASEA kept it a secret until well into the 1980s. At that time, IIjin Diamonds, a Korean competitor of ASEA and GE, came onto the scene. But it turned out that the Korean company abused GE’s trade secret. A former employee stole the technology and shared it with IIjin Diamonds.

However, GE was the first to introduce artificial gem quality. This technology came in 1971 and is still the primary technique to lab-grow diamonds.

Over the course of ten years, GIA closely examined HPHT diamonds. In 2017, the organization published one of the most comprehensive studies to date.

It’s becoming increasingly difficult to tell artificial diamonds from natural. According to GIA, the manufacturing process has become quite sophisticated. And companies are now able to produce even fancy-color diamonds of high clarity.

Adding fuel to the fire, Chinese companies have been mass-producing synthetic diamonds. And they’ve managed to get stones larger than 10 carats when cut. If, there is a silver lining.

GIA determined that all lab-grown diamonds have an odd fluorescence pattern. When subjected to imaging instruments, artificial diamonds show odd patterns. These aren’t the same as natural diamonds of the same clarity and color.

Artificial diamonds’ popularity spiked in the early 2000s. But nobody really wants to buy them anymore. And one of the main reasons is the volatile resell value.

This is one of the most compelling reasons to keep far away from artificial diamonds. Jewelers and dealers don’t want to buy artificial diamonds! Some vendors will agree to buy back the diamonds that they sell, but other than that, no one wants to buy them!

Recently there have been a few companies that claim to “buy lab-diamonds from the public”, but one look at the terms and conditions makes it clear that they are not serious buyers.

In all frankness, experts haven’t settled on the long-term value of these gemstones. But it’s safe to assume that the value is nowhere near that of natural diamonds. 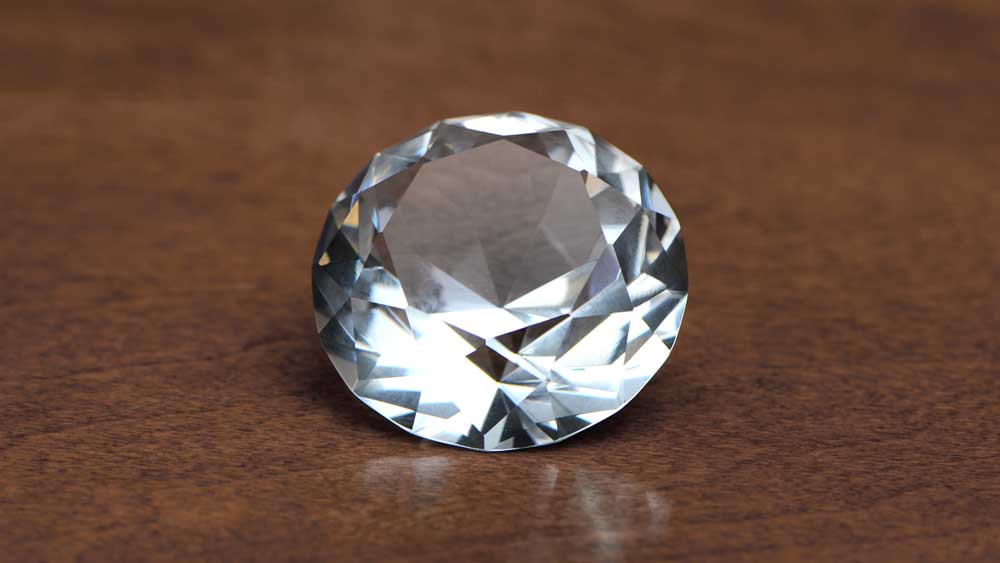